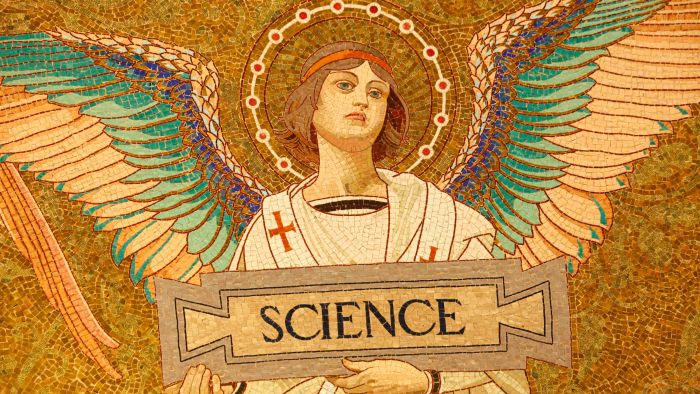 Étienne Fortier-Dubois leads a series of thematic discussions on the work of science fiction author Ted Chiang. In Part 2, we discuss stories that imagine the world as if God were an observable scientific fact.

Ted Chiang ranks among the best living authors of science fiction. Though he cannot be described as prolific — his entire published oeuvre since 1990 fits into just two books — he manages the rare feat of achieving consistent quality across his short stories. With his clear, lucid prose, Chiang plays with fascinating ideas in a fresh and often uplifting way.

In this ii Book Club series, we discuss most of Chiang’s stories over the course of several months. Each monthly Salon focuses on two to three stories, united by a common theme.

This second session will cover two stories in which science and religion intersect. What would the world look like if certain Judeo-Christian beliefs — miracles, angels, heaven and hell, creationism — were literally and provably true?

“Hell Is the Absence of God,” one of Chiang’s most acclaimed stories, is about a man who struggles to love God. Desperate to reunite with his wife, who ascended to heaven after being killed in the aftermath of an angel’s appearance, he decides to make a miracle happen to him — and he is very methodical about it.

“Omphalos” follows an archeologist who studies the early history of the Universe, which in this case is only about 9000 years old. Scientific research, to her, is a way to unravel the divine plan and feel closer to God; this view is challenged when she discovers an unsettling truth about the way God created the world.

This book club is open to everyone, whether you’re into Ted Chiang’s work, literalist interpretations of the Bible, or simply good science fiction stories.

Why not add the ii Calendar to your calendar?

You will be sent a Zoom link for the Salon in your emailed ticket.

Apply for a student discount at hello@interintellect.com.